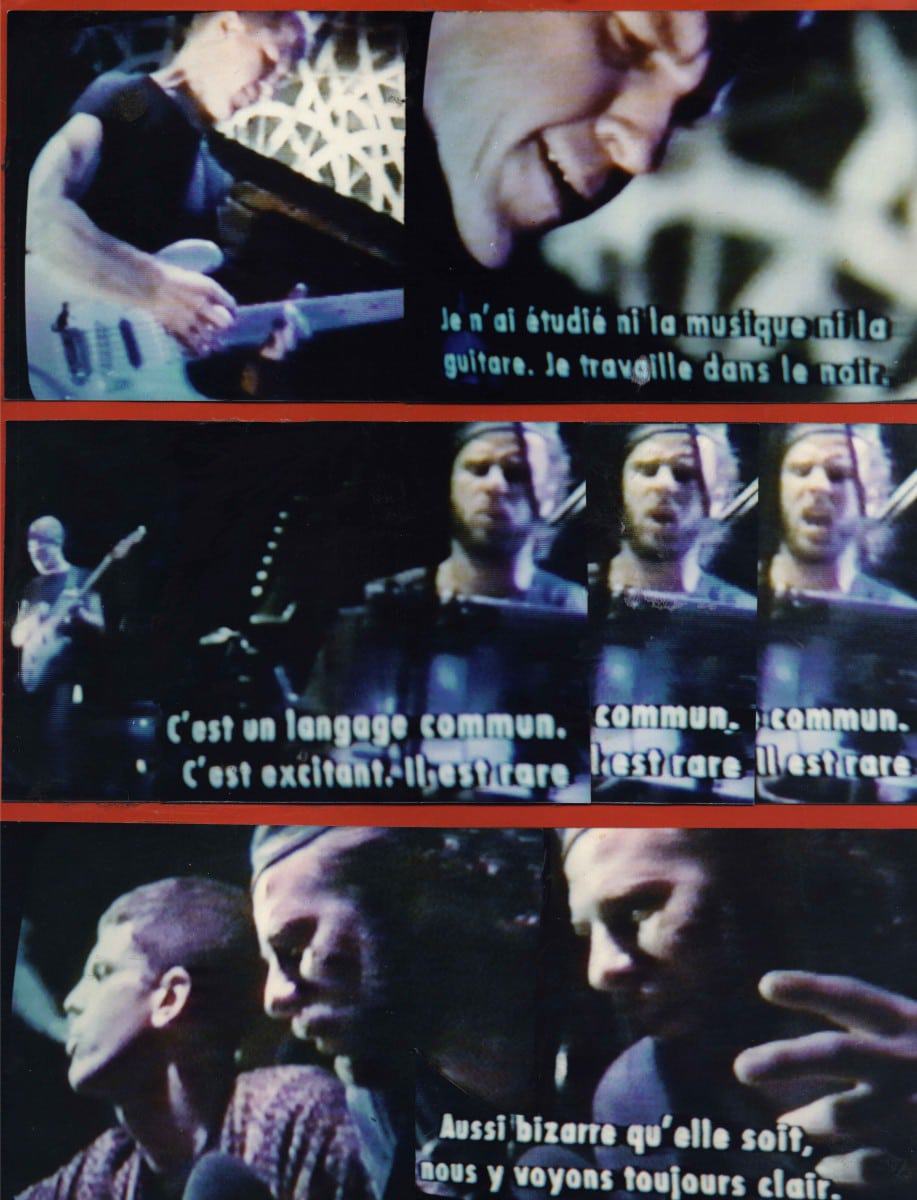 Steve Tibbetts, though often tabbed an avant-gardist, is an uncategorizable explorer of realms whose bold forays are draped with titles such as “Burnt Offering,” “Roam and Spy” and “Hellbound Train.”

Are Tibbetts’ tumultuous soundscapes harbingers of things to come, the initial probes of what one day might be called “apocalyptic jazz”? Perhaps. Or, is he a latter-day Dada—a sly mischief-maker happily detonating jazzdom’s basic forms and, in the process, listeners’ expectations? Tracks with such presumable ironic titles as “Formless” suggest that Tibbetts’ tack includes a wink and a nod.

At another level, Tibbetts’ ominous fin-de-siècle eruptions are charged with a world-music ambiance at once primeval and cosmic. In his rhythmically prolix octet, he uses two percussionists, two bassists, two vocalists and an electronic keyboardist, as well as his own battery of guitars and processors, instrumentation that only intensifies the effect.

Whatever it might be called, it’s powerful. Indeed, if you’ve grown weary of the Viennese confections underscoring large chunks of Stanley Kubrick’s “2001,” tune out the Strauss and plug in the Tibbetts, and ponder the monolith once again.