Olive, an old friend, asked a group of us to be her caregivers in her last days. She died while I was on my way to Tuscon. I sent this letter to the care team.

It’s early Monday evening here in Tucson.  I’m sitting out in Olive’s front room.  Olive is laid out on her bed, dressed in her blue and white Kimono. She looks beautiful.

Bernie and his husband Damon are the stalwarts in the Olive mandala today, and though they’ve been up since about 2AM, they’re going to be here for the duration of the evening.  Sylvie (Stevenson) just left for Trader Joe’s to get some groceries.  We’ll make a dinner, and then I’ll probably sleep on the couch.

People come and go during the day.  The conversation in the front room revolves around Olive, stories old and new.

Bernie told us that Olive seemed to sense about 6 months ago that things were changing for her.  She told Bernie that “she knew how her mind sounded, and she knew it was changing.”  She could hear “the hum of her mind, the sound of her mind, she knew her mind quite well, and it was different.”  She began to wrap things up, appointed an executor in Damon, and suggested moving into hospice care.  Leah told us that it seemed awfully early, in her opinion, to move in that direction, but Olive was adamant that this process begin. The process of winding up her life seemed to energize Olive, and that newfound liveliness seemed to run counter to the process she was instigating.

When Olive asked Damon to be her executor he said he was both honored and horrified at the prospect.

On Mother’s Day she invited Damon, Leah, and Bernie over for a meal.  She’d prepared hummus and pita bread for them to eat, and, in Bernie’s words, “served them.”  Bernie found that interesting.  Bernie said that Olive had become very soft in her last months, even going so far as to say to Damon at the meal, “Damon, I love you so much.”

Leah said that when word got out about Olive’s illness messages began to flood in.  Leah read them to Olive and she expressed genuine surprise, saying, “I can’t believe how much people care about me.”  In her last weeks Olive maintained her prickly side, but, overall, seemed to move into a place of open, spacious relaxation.

On Thursday she was coherent, requesting things, but beginning to fade.  Her last meal was on Friday.  She asked for black cherries from Trader Joe’s.  Damon got some from the kitchen and started to feed her one on a spoon.  She said, “Don’t use a spoon, just pop them in my mouth.”  Damon complied. I like knowing that for Olive’s last meal there was a man perched on her bed, placing cherries carefully in her mouth.

She went into a coma Sunday afternoon.  Walt was in the room when she died.  He started reading the chapter “Shunyata” from “Cutting Through” late in the evening and began  chanting “Om gate paragate…” after the chapter was done.  Around 2:30 this morning he noticed that when he’d chant her breathing would slow down, when he stopped it would pick up.  At one point her breathing slowed down, and then she was gone.

I arrived here about 9:30 this morning.  I dropped my bags in the front room and went into the bedroom and gave Olive a kiss on the forehead.  Bernie went out to get dry ice, and Meg, Sylvie, and I got to work. None of us knew quite how to proceed, but Sylvie took the reins and directed.  I was the designated body man, hoisting Olive up as gently as possible while Meg and Sylvie bathed her.  We washed Olive with saffron water and put her in her very familiar blue and white robe.  The effort of threading her limbs into the sleeves brought me back to winter mornings 15 years ago trying to get my children dressed in their parkas and snow pants.

Sylvie brushed her hair while I held her head from behind.  I enjoyed my last time looking at her prominent ears.

Bernie returned with dry ice and we placed it around and under her, trying to keep her looking as natural as possible.  We placed her mala in her hands and spread a beautiful yellow and red silk fabric over her.

It’s now late evening and everyone has gone home.  I’ve spent a few hours sitting in the room with Olive, reading a few things.  I really couldn’t tell you if she’s here or not, but I do feel a tacit atmospheric approval when I read something out loud that she had a hand in editing.

We will miss her a lot and I tell her that. 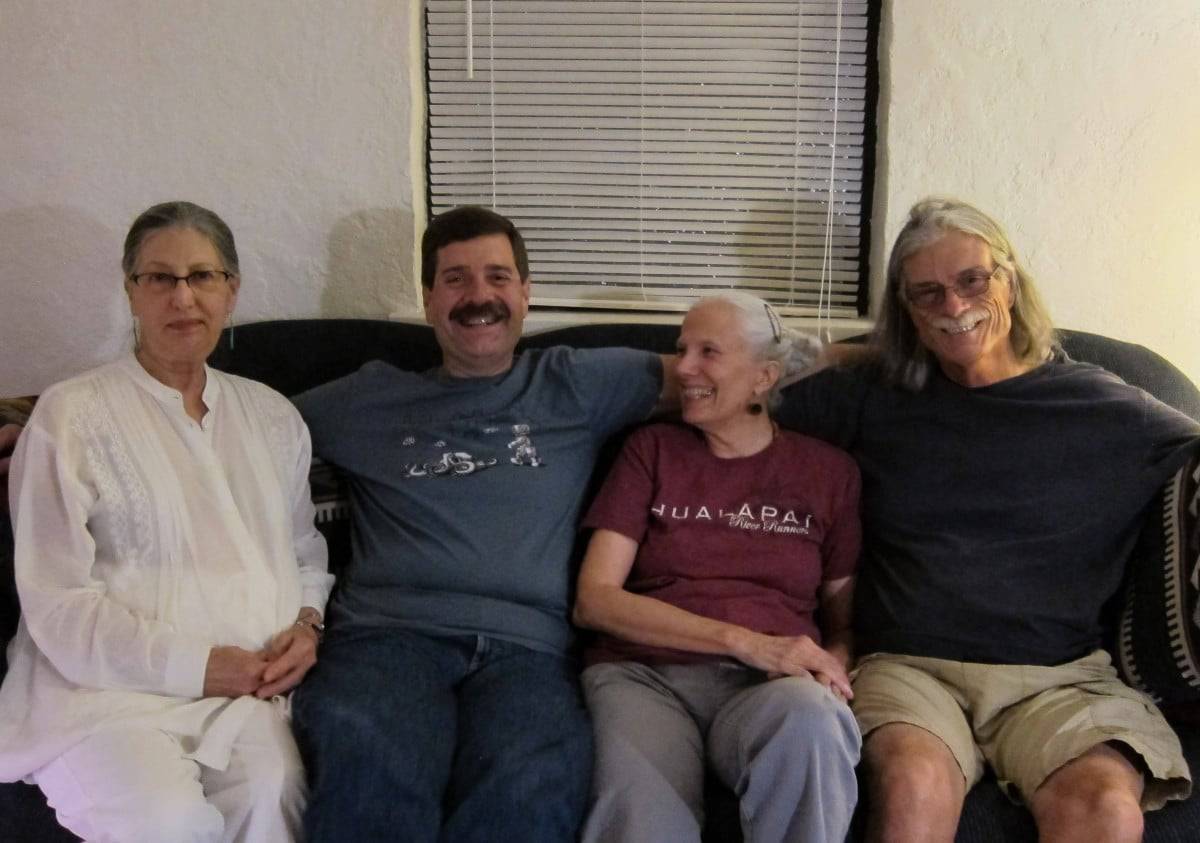 Olive at Tail of the Tiger (Karme Chöling) 1970, with Trungpa Rinpoche, Karl Springer, and Jeremy Hayward 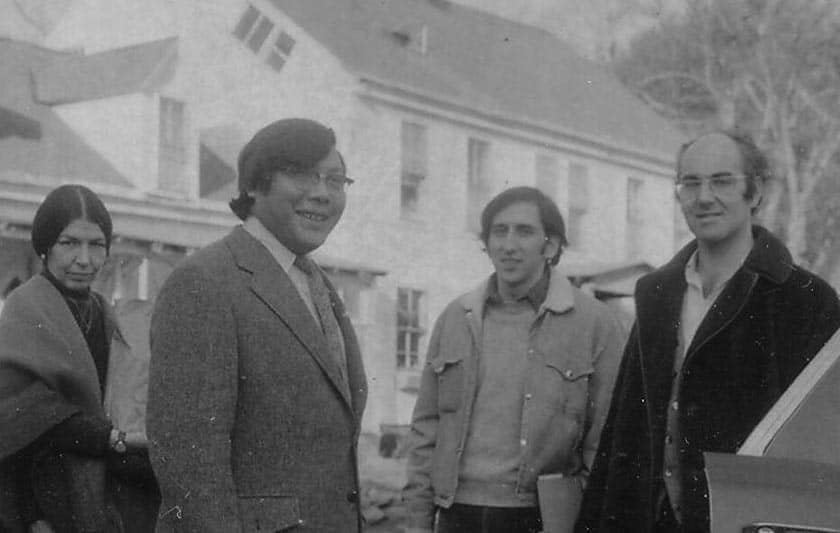