The Fall of Us All (ECM 1527) is the sixth ECM release for Steve Tibbetts, a trance magician whose cult guitarist status is often acknowledged by critics (Downbeat's five-star, 'A guitar freak's dream' review of 'Yr' [ECM 1355]) but has not yet been parlayed into commercial success. This leaves him touring with his long-standing collaborator, percussionist Marc Anderson and promoting his recordings from home (complete with a warped sense of humour which provided this reviewer with a bizarre list of 'good lines for bad reviews'). 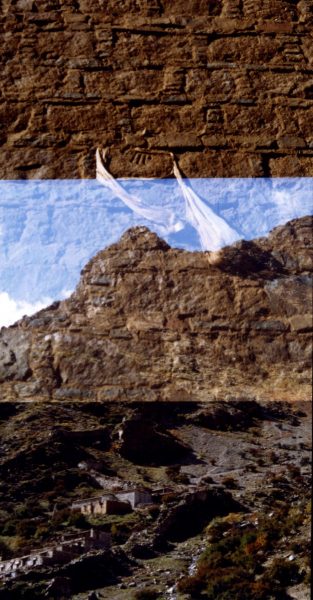 The dynamics on this CD range from a whisper to a scream. There are ferocious visions of what Gil Evans and Jimi Hendrix might have done together ('Dzogchen Punks') and delicate acoustic pieces ('Drinking Lesson'). There is much diversity as Tibbetts loops and layers his guitar structures and effects through flavors garnered during his travels in Indonesia and the northern parts of the Indian subcontinent.

The CD contains two suites, one electric (tracks 1-6) and the other the last five acoustic tracks. From the first, 'Nyemma,' could be from the repertoire of Sami vocalist Mari Boine Person with vocals by Claudia Schmidt and Rhea Valentine. 'Formless' is an oriental-flavored piece which segues into the densely percussive 'Roam and Spy' and 'Hellbound Train' which mixes paralytic blues grunge, Indian raga and apocalyptic thundering: rolls of percussion and rock and roll licks. A sense of looped transcendentalism is never far away in the first suite with its swooping guitar distortions, Anderson's relentless and entirely appropriate percussion and the carefully mixed contributions from samples and the other musicians which creates Tibbetts's unique kinetic sound sculptures.

The second suite is lighter, with musical influences from Tibbetts's Eastern travels more transparent. 'Drinking Lesson' has a classical feel to it, while the final track, 'Travel Alone' is a perfect 8 minute-long introduction to the complexity, drive and inventiveness of Steve Tibbetts's music.