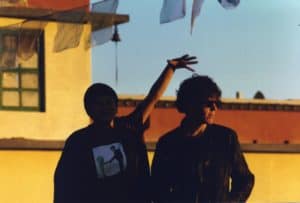 Although Choying Drolma's name has never before appeared In these pages, long-time readers will surely recognize the name of Minnesota guitarist Steve Tibbetts, one of my musical heroes.

What Steve has done on Chö is to produce an utterly compelling musical synthesis by recording traditional Tibetan singing and then weave into it synthesized and acoustic layers of sound that truly capture the imagination. Listen to Chö on a small system rather casually and you will hear an interesting voice with some accompaniment; however, listen to it carefully on a big system and you will be astonished by the subtle depths of sound that Tibbetts has crafted.

This is a recording to treasure.