Paul Fishman Maccabee attended Macalester College when I did.  He lived down the hall from me on the third floor of Dupre Hall.  Paul occasionally worked as a magician at kids' parties.  My memory of him at that time was of a guy wearing a top hat and magician's cape hurrying down the hall, late to some gig.  After college he did some writing for the Twin Cities Reader.

I was not crazy about my first recording for ECM when it came out.  Some aspects of the recording hadn't exactly gone the way I wanted them to.  I avoided talking to local media and turned down a few requests for interviews.  Paul, however, found me where I worked in 1982, at the Wax Museum record store.  Since he'd made the effort to get out and come to the store, I thought I owed him some time.  I took a break from the record store, we walked across the street to the New Riverside Cafe, and we talked for about an hour. 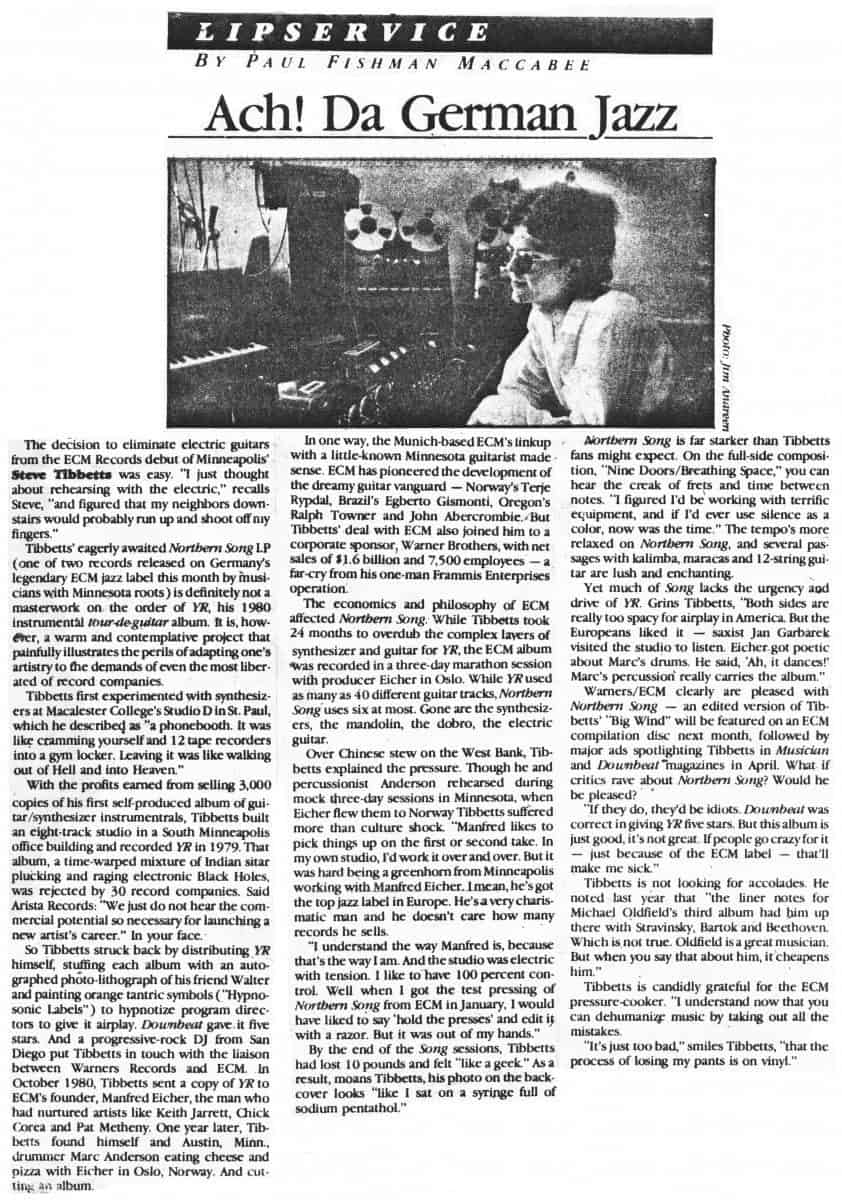