I received a grant in the 90s for a vague project having something to do joining sounds I intended to record in Asia with photos I intended to take and stories I’d try to tell.  It all fell apart, or, more precisely, never came together.  However, as part of this I interviewed friends, guides, and faculty associated with the Naropa Institute’s study abroad programs in Bali and Nepal and during my own travels pre and post-program.  (I was the program’s occasional  “Director of Health and Well Being” from 1985-1997.)  As part of my grant, I spoke to people about music, local deities, and black magic.

Wayne Vitale and his wife are well-known ethnomusicologists and gamelan players in Bali.  They know the island as few others do.  Keith Dowman is a scholar, writer, and dzogchen meditation teacher who lives in Nepal.  Fred Eiseman wrote the quintessential book on Balinese customs “Bali: Sekala and Niskala.”  John Butt was my Southeast Asian Studies teacher at Macalester college; my wife and I went to visit him after he had moved back to Chaing Mai to teach at Payap University.  I recorded the dogs when I was walking home one night, north of Ubud, in Bali; they seemed to me to be barking in time with distant gamelan music.  Pak Sumandhi was my drum teacher in Denpasar.  I recorded the comments of guides I hired to take me around Pashipatinath and other sacred sites in Nepal, Burma, India and Tibet (“This is the sacrifice temple…”). 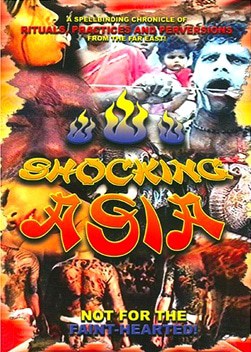