(Four and 1/2 stars) If the concept of "world music" has established itself in recent years, then Steve Tibbetts must be included in the list of pioneers. This is his fourth album, and it would be hard to imagine a more adventurously eclectic record.

The elements of Tibbetts' music are truly pan-global. Consider the instruments: the acoustic guitar is of Spanish origin; the electric guitar and electric bass are recent American inventions; the kalimba is African; the tabla Indian; the steel drum and the various percussion instruments are from Latin America. Some of these instruments are very old while others are virtually brand new. And Tibbetts' techniques - especially his use of tape manipulation and multi-track recording - are based on very recent technology.

Tibbetts' music, like the instruments he uses, is culturally diverse. Like Kip Hanrahan, he is a composer / conceptualizer whose ideas are not contained within conventional musical boundaries. Unlike Hanrahan, Tibbetts is the chief instrumentalist in his work, and his compositions are based on the multi-tracking of his guitar and kalimba parts.

Each piece on Safe Journey is a textural construction, a layering of sounds, rhythms, and ideas. The fundamental concepts are primarily Western - bits of folk music, rock, jazz, and modern classical - but Tibbetts' use of repeating figures and cyclic structures brings to mind the Indonesian gamelan music that influenced Steve Reich. Tibbetts' guitar playing is rooted in familiar folk and rock techniques. When he chooses to overlay distorted power chords with screaming single-note lines, it is easy to hear the legacy of Jimi Hendrix. His use of space and long sustaining passages, though, suggests early Pink Floyd and Soft Machine, and some of his layering and tape manipulation recalls the experiments of the Beatles (think of Strawberry Fields).

If the album has a flaw, it is that some of the pieces are too brief - they end just as you are being drawn into them. But, overall, Tibbetts' music has a persuasive charm that grows on one with repeated listenings.

It encourages you to listen and hear in new ways, and that is one of the best things any music can do.      -Downbeat

(Bill Tilton is one of our family's oldest friends.  He took the cover shot at the border crossing of Ghana and [then] Upper Volta. and, years later, found the same sentiment expressed at the exit of a park in Iceland.) 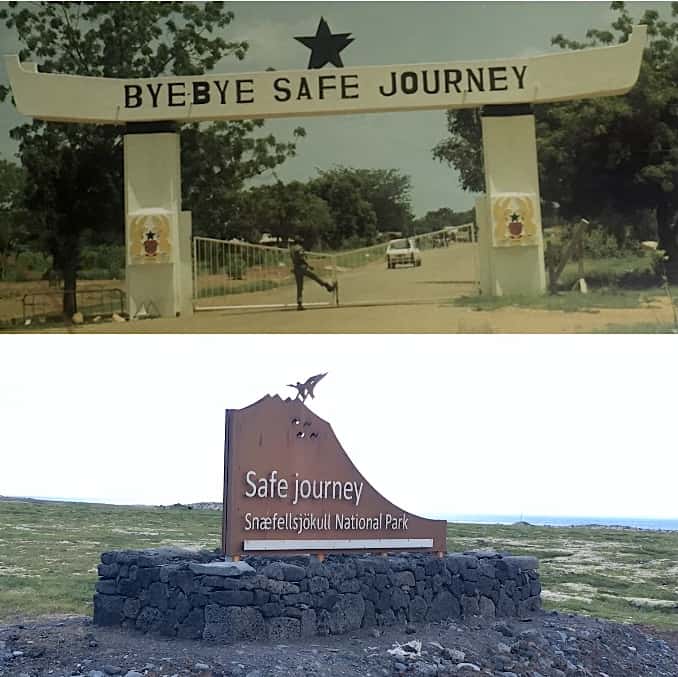 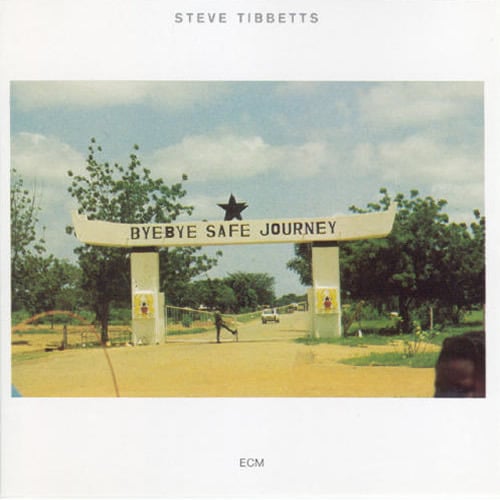