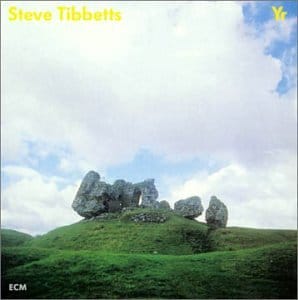 (Five stars.) Yr comes to us like an artifact from a lost civilization. It seems to be rich in detail and history, yet veiled in mystery and tinged with some vaguely felt exoticism. In fact, it is the creation of Steve Tibbetts, a multi-instrumentalist probing the same areas of global synthesis as Don Cherry, Mike Oldfield and Jade Warrior. Like Oldfield, Tibbetts' music is essentially a one-man production in which the recording studio and magnetic tape become instruments through which all elements are mixed and transformed into an almost mystical creation.

The all-instrumental Yr is Tibbetts' second homemade album and like the first, it is a guitar freak's dream. Tibbetts overdubs acoustic and electric instruments in a Hendrixian mindscape of production wizardry, often combining up to 20 guitars on one track. He layers the sound into breathtaking guitar choirs and intricate superstructures. His solos are twisting, singing journeys that evolve with the sense of spiritual awakening you'd hear in a Coltrane soprano run. After building to an exuberant climax that nears the breaking point, he supplants it with a plaintive acoustic guitar passage that initiates the next trip.

Though Yr consists of eight pieces, they all flow together as one extended composition in which a percussion ensemble provides continuity, color, and propulsion. The two tabla players maintain the questing forward motion that marks Indian music, while Marc Anderson plays a variety of instruments that give shape and ambiance to the heady atmosphere of Tibbetts' compositions. The effect is one of being carried down a fog-covered tropical river that unveils a new sight at every turn.

As on his first album, this is a completely self-produced effort, including the cryptic cover art and engineering. But no excuses have to be made for an album that can synthesize several expressions into a unified whole. Only Jade Warrior has managed to make music that is this blistering electric while still maintaining the pristine purity of acoustic folk and international musics. Seek this album out or it will become a relic rather than the living and vibrant expression it is. -Downbeat 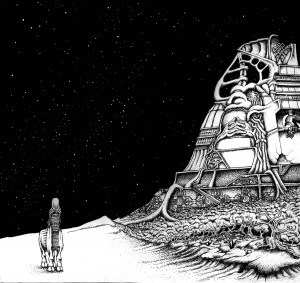 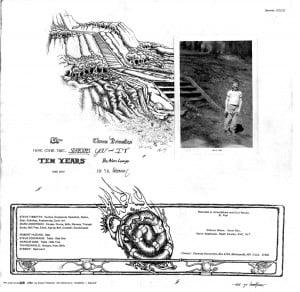