Exploded View - a perfect name for a recording that detonates like a fission bomb and rebuilds the world in a new form. On this roaring maelstrom of an album, Tibetan monks moan through subharmonic feedback drones. The dervish percussion is like a global drum choir, as Marc Anderson and Marcus Wise play the rhythms of India, Africa, and Morocco with one mind. And through it all is the sound of Steve Tibbetts' guitar, a cathartic wail of siren choirs and scorching melodies.

Tibbetts belongs to a lost generation of musicians, the ones who grew up listening to the progressive and underground sounds of the '60s and early '70s and were left in the cold when the music went corporate. On Exploded View the guitarist continues to compose a personalized music filtered through his emotions, his guitar pyrotechnics, and his studio experimentation. Playing with the same musicians he's worked with since his first self-produced recording in 1977, he leaves nothing out, and yet it all works.

Recording in his home studio, Tibbetts gets an astounding clarity of sound that is well served by this CD. Tablas and congas have never had a more visceral punch, their sharpness defining and punctuating Tibbetts' sustained electric lines and the resonance of his acoustic guitar. The only way to listen to this record is loud.

If primitive man had invented the electric guitar and multi-track recording before the wheel, he might have made an album much like this one. Exploded View - the third ECM release by this extraordinary Minnesota guitarist and tape manipulator - is tribal music with a fascinating futurist spin. The album is vividly articulate in its evocation of natural phenomena and spiritual aura (the bull elephant roar of Tibbetts' screaming fuzz guitar; the eerie mix of gentle acoustic plucking, a galloping tabla drum and a strangely treated tape of Nepalese monks chanting in the distance on Another Year). Marc Anderson's forceful percussion has an animated, almost conversational quality, and Tibbetts' striking fret work runs the gamut from meditative solo passages to heart-stopping blasts of rainbow feedback. Don't be fooled by the ECM label here; Exploded View is neither chamber jazz nor New Age mood music. Indeed, Tibbetts' exotic soundscape is more like prehistory made new - Margaret Mead-meets-Electric Ladyland. 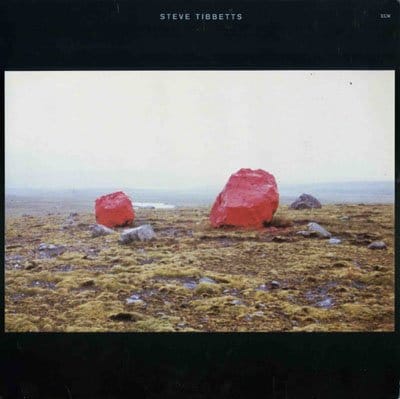