The Fall of Us All–RollingStone

This is guitar music rich with pictures, elegantly morphing images that seem to float over and through one another in liquid collision like an old Fillmore light show:   Jimi Hendrix in a weather-beaten bark canoe, paddling upriver through a light curtain of rain in an Asian jungle; Bo Diddley as a Buddhist monk robed in saffron, shuffling off to his dawn prayers in time to his trademark shave-and-a-haircut-two-bits beat; Carlos Santana struck dumb in the Sahara in front of a tremulous desert mirage; Robert Fripp in the court not of the Crimson King, but of the Dalai Lama.

As a guitarist, Steve Tibbetts definitely makes great mind movies. But The Fall of Us All, Tibbetts' sixth album for ECM, is also a trip of another, more explosive and enriching kind, a dynamic study of Eastern modality and universal spiritualism driven by rock & roll ambition. Immediate touchstones are the Zenlike art pop of Brian Eno's Another Green World, Santana's classic 1972 album of Coltrane-ish Arabian mysticism, Caravanserai, and the Butterfield Blues Band's prescient 1966 blues-raga East West. But Tibbetts is very much his own man as both a composer and an improviser.

You can hear it, indeed feel it, in the breathtaking guitar and percussion ballet Dzogchen Punks. A typhoon whirl of Tibbetts' manic Indo guitar and the startling gunfire percussion of his long-time collaborator, Marc Anderson, suddenly brakes into a dark, free-fall expanse of water-music riffing and finger-tap drumming, like Joseph Conrad's Heart of Darkness meets the third side of Hendrix's Electric Ladyland. In Full Moon Dogs, Tibbetts opens with that scuffling Bo-cum-Buddha beat against the dulcimer-like chime of his own acoustic guitar and floating, wordless female vocals before ripping into a heated guitar and percussion argument, complete with high-speed congas and clanging prayer cymbals.

If nothing else, The Fall of Us All is a great showcase for Tibbetts' ways with guitar feedback. In Roam and Spy, he shifts with graceful elasticity from revving-motorcycle growls to pithy dot-dash transmissions and laserlike beams of scream. But context, not chops, is everything on this album, whether it's the light brush-stroke harmonics of Tibbetts' guitar in Drinking Lesson or the way his acoustic mourning becomes electric halfway through Hellbound Train with a cat's cradle of acid-blues guitar tangle, voodoo percussion, and apoplectic drumbeats.

Tibbetts has spent the better part of two decades and eight albums - including two now rare, independent late-70s releases--in search of the Lost Chord. With The Fall of Us All, he has found something very close to it. -Rolling Stone

...a gripping soundscape that fluctuates from primal rage and caustic guitars on the industrial sizzlers to ambient ear massages on acoustic interludes. The Fall never falls short of exhilarating. -USA Today

It's when Tibbetts plugs his guitar in that his music really escapes the pull of this earth and begins to chart the nether regions of the cosmos. On most of the electric cuts, Tibbetts erupts in his trademark style, which sounds somewhere between Carlos Santana on some fierce brown acid and Ghidrah the Three-Headed Monster thrashing against high-voltage power cables in the night sky above Tokyo. -City Pages 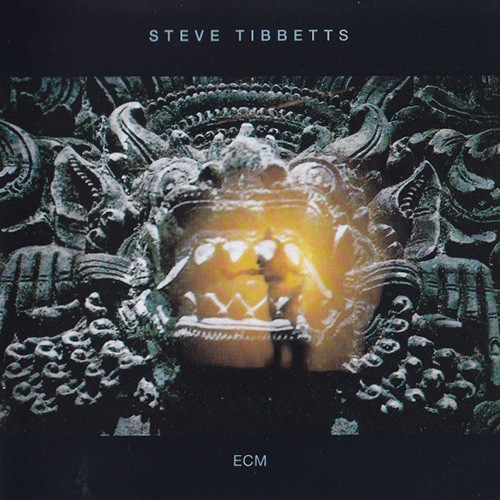