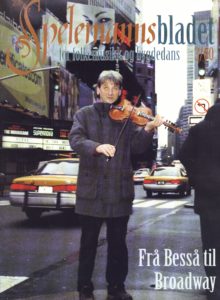 Calculated cultural collisions have prompted some of the more interesting recordings of improvised guitar in recent years.  There's Henry Kaiser's and David Lindley's meetings with musicians from Madagascar on two volumes of A World Out of Time, and Derek Bailey's work with the Butoh-inspired dancer Min Tanaka on Music and Dance.  Not to forget guitarist Steve Tibbetts' 1996 collaboration with chanting Tibetan nun Choying Drolma, titled Chö.

Well, Tibbetts is at it again.  This time he went to Norway to record Knut Hamre--a player of the Hardingfele, or Hardanger fiddle-and then spirited the tapes back to his Minneapolis studio.  There he rearranged the recordings and added liberal doses of African percussion and slack-tuned kick drum, plus his Martin D12-28 twelve-string acoustic guitar.  The trippy results ricochet between tradition and transcendence.

At times, the rich harmonics and drones of the Hardingfele and Tibbetts' twelve-string on Å create gently swirling soundscapes.  When Hamre's fiddle and the guitar share trills on "Nøringen," the results hew the folk-song line; then "Fjellmanngjenta" moves the affair into free-music conjuring, as percussionist Marc Anderson--Tibbetts' accomplice on his northland excursion--blends bell-like cymbal tones with the crystalline drone of the fiddle and Tibbetts' vibrato-laden guitar.  Small melodies flicker and dance, sparking and disappearing until they build a pattern of rising and decaying that echoes the cadences of all manner of religious music, from priestly singing to Chö·like chants to Indian folk tunes.  Things get heavier still on "Spelar Guro" as Hamre's fiddle repeats improbably rich-toned lines, offset by Anderson's chiming cymbal, to conjure a trance-like power.

"There's a tradition of trance music in Norway," Tibbetts explains, "but can you imagine Norwegians in trance?  I live in Minnesota.  That's something I'd be nervous about."

But seriously, folks, after working with nuns, "I had been looking forward to the absence of spiritual intrigue in Norway," Tibbetts admits.  Nonetheless, he was attracted to the Hardingele's "immense, cool, and weird sound."  Tibbetts first heard the instrument ten years ago, when a friend gave him a tape of fiddler Vidar Lande.  Lande, in turn, referred Tibbetts to Hamre. To capture that immense, cool, and weird sound, Tibbetts used a Nagra reel-to-reel deck and a pair of Neumann U-87 microphones.  One of these ultra-dependable tube mics was placed very close to the fiddle; another was positioned "a little off, to pick up the room and the way the harmonics and drone strings on the fiddle combine."  The recording was done in an old stone church, near a fjord.  "If you listen closely," Tibbetts notes, "you can hear the ferries that started their engines vroom every forty minutes.  But that didn't bother me."

Back in Minneapolis, Tibbetts dropped the fiddle recordings onto two tracks of his sixteen-track TASCAM deck.  "I did some serious de-arrangements of those old tunes, splicing and looping everything backwards.  I did it with a razor blade.  Razor edits are punchier and cooler than Pro Tools.  There's also more victory and defeat in sitting around with a razor blade.  When you hit it, it's a triumph." So is Å, an album whose title the adventurous Tibbetts says he can't actually pronounce.  No matter: The result is pan-cultural sonic magic that transcends the limitations of language. 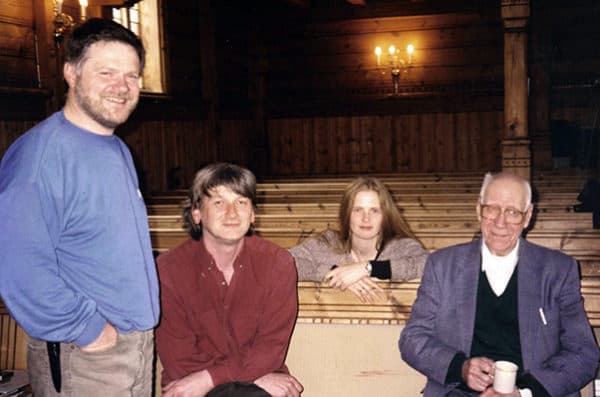